Exceptional offering of an immaculate single-family residence in an idyllic setting in highly coveted Newton Centre. Surrounded by mature trees and a vast, luscious yard,...

Listing courtesy of The Mutlu Group from eXp Realty

Two story cape on corner lot with 3 off-street parking. Lot has mature plants and is on a dead end street in a neighborhood tucked in opposite the Chestnut Hill Mall wit...

Welcome to the Gateway. Come preview a newly constructed elevator building in the Nonantum Village of Newton. There are 15 move-in ready, two and three bedroom units now ...

Beautiful attached Queen Anne Victorian Townhome at the foot of historic West Newton hill is the perfect combination of new and old. The spacious home offers four large b... 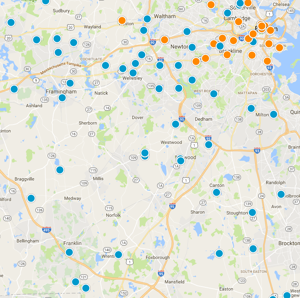